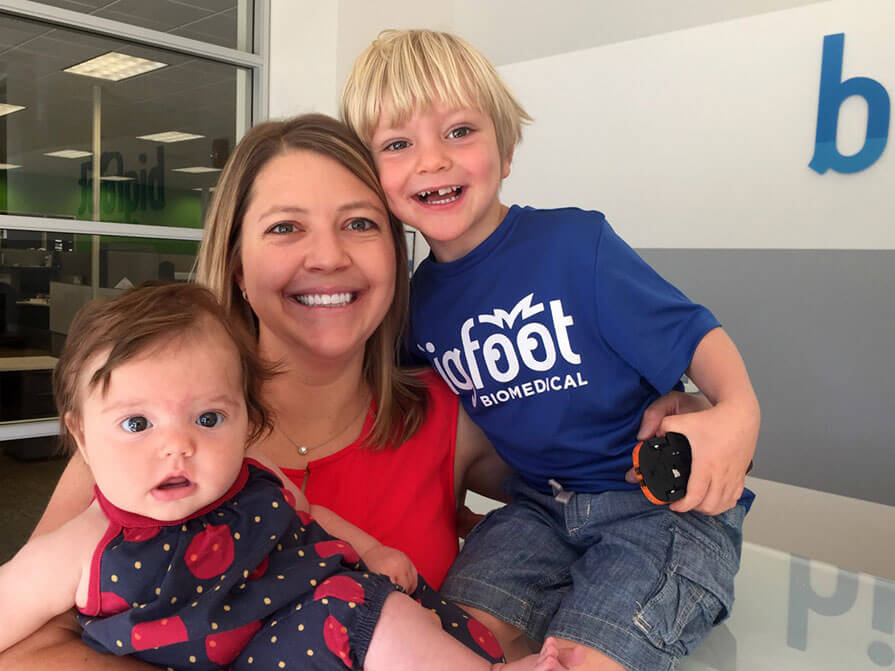 I was diagnosed with T1D when I was playing competitive tennis in college. Away from my family and facing T1D as a young adult, I volunteered with the JDRF chapter near my campus and was inspired by the kids and families I met. After college, I moved to New York to take a role at JDRF’s headquarters where I worked closely with JDRF’s industry partners who were developing automated insulin delivery technologies as part of the JDRF Artificial Pancreas Project, launched under the leadership of Jeffrey Brewer.

In 2014, I had the opportunity to meet Bryan Mazlish as he was pursuing how to deliver his family’s solution to a wider audience, and later that year I heard rumblings of a Brewer-Mazlish start-up focused on delivering automated insulin delivery technology to patients everywhere. As the company’s first hire, I guess you could say I was the first official Bigfoot tracker, but what I saw in Jeffrey and Bryan’s vision was a different future for those affected by this disease.

As a mom with T1D, I’m very aware that my kids are at greater risk of developing the disease, but I believe that the solutions we’re designing at Bigfoot are the ones that are going to keep all of us safer, now and in the future, and allow us to rest easier at night. We’ll do it faster, we’ll do it more thoughtfully, and we’ll do it more thoroughly than anybody else out there. Diabetes is a scary disease. I believe in Bigfoot because we’re going to make it much less scary… for me, for my kids, and for moms everywhere.