Board of Directors: Karen Talmadge

BIGFOOT BIOMEDICAL WELCOMES KAREN TALMADGE TO BOARD OF DIRECTORS

In 1994, Dr. Talmadge co-founded and funded Kyphon to develop novel minimally invasive solutions for the spine. She helped Kyphon become one of the most successful venture-backed medical device companies, holding a range of leadership positions, including Chief Executive Officer for its first five years and Board Director until Kyphon’s acquisition by Medtronic in 2007 for $4.2 B. Remaining with the company to assist with the transition, she retired from Medtronic in 2010. 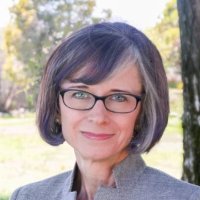 For the decade before Kyphon, Talmadge held multiple research and business positions at the biotechnology company, Scios, including Vice President of Research and Development for Meta Bio, its diabetes and obesity subsidiary.

“Bigfoot’s future product innovations and novel business models have the potential to improve health outcomes, while simplifying the lives of people who take insulin and the health care professionals who treat them.”

Like many at Bigfoot, her commitment to diabetes is also personal, as she diagnosed her 25-month-old daughter’s type 1 diabetes in 1992. Since then, she has brought her business and science experience to volunteer roles with the American Diabetes Association, including Audit Committee Chair, as well as two terms on the national Board, becoming 2013 Board Chair. Currently Vice Chair of the American Diabetes Association’s Research Foundation, she was a leader in the creation of their innovative research program, Pathway to Stop Diabetes, designed to attract brilliant researchers into the field of diabetes. She joined the Pathway Mentor Advisory Group this year.

“Dr. Talmadge is recognized for her expertise and background in both diabetes and the medical device industry,” said Jeffrey Brewer, Bigfoot Biomedical president and CEO. “The experience she brings to our Board will also support and advance development of our solutions for people with type 2 diabetes in our community who require insulin as part of their therapy.”

“All people with type 1 diabetes, and nearly 1/3 of people with the type 2 diabetes, must inject insulin to control their blood glucose. That’s more than 7 million Americans, and many more worldwide, who struggle every day using current technologies,” said Dr. Talmadge. “Bigfoot’s future product innovations and novel business models have the potential to improve health outcomes, while simplifying the lives of people who take insulin and the health care professionals who treat them.”

Dr. Talmadge holds an A.B. in biology from Bryn Mawr College and a Ph.D. in biochemistry from Harvard University. She conducted post-doctoral research at Harvard and at Cold Spring Harbor Laboratories. She has won multiple awards, including a Lifetime Achievement Award from the 2008 Phoenix Medical Device Conference, and received the Charles H. Best Medal for distinguished service in the cause of diabetes from the American Diabetes Association twice, in 2010 and 2013. She was profiled in Stanford’s From the Innovator’s Workbench series in 2006, elected a member of the Bakken Society (Medtronic’s highest technical honor) in 2009, and named a Woman of Influence by the Silicon Valley Business Journal in 2013. She is a co-inventor on more than 80 patents worldwide.

Talmadge joins fellow directors Bob Kavner, Tom Brener, and Bigfoot co-founders Jeffrey Brewer and Bryan Mazlish on Bigfoot’s Board. Mazlish is the pioneering father, dubbed “Bigfoot” in the popular press, who created the world’s first ambulatory automated insulin delivery system for his wife and son. His system and real-world experience gained from its use have informed development of Bigfoot’s investigational automated devices. Since Bigfoot Biomedical’s founding in November 2014, the company has acquired the assets of an insulin pump company, assembled an impressive team with competencies across the spectrum of consumer tech design, enterprise software, and medtech, and completed its first clinical trial. Bigfoot anticipates a pivotal trial for its first automated systems will begin later this year at clinical study sites across the United States.

About Bigfoot Biomedical, Inc.
Bigfoot Biomedical was founded by a team of people with a personal connection to type 1 diabetes, and, with its automated insulin delivery services, seeks to change the paradigm of care for insulin-requiring diabetes by leveraging data, connectivity, automation, and machine learning to reduce the burden on people with diabetes and maximize the leverage of health care providers. Learn more at bigfootbiomedical.com. Follow us on Twitter @BigfootBiomed and Facebook.